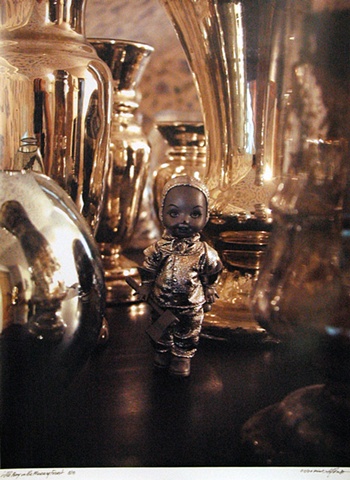 As a child in his hometown of Aguadilla, Puerto Rico, Alfonso Muñoz dreamed of an art career. A lucky break at age 13 placed him in the apprenticeship of Antonio Loro, an Italian artist that married a local and became a prominent cultural figure in his town. It was under the guidance of Loro that he learned calligraphy, model making, painting, and woodcut artistry, all areas where he excelled later at the University of Puerto Rico and the Art Institute of Chicago.

Fast forward 25 years, where now Muñoz counts Paris, Barcelona, and New York as his muses, all places he has hung his hat and worked as an artist. Throughout that time he worked in a number of fields including commercial art, where he worked as a visual specialist for UNESCO in the Basic Education Division, and as an exhibit designer and producer, most notably for launching the first retrospective of the mid-20th century ceramic works of the late Roger Capron, a Vallauris artist who was part of the Picasso circle of ceramicists during the 1940s and 1950s.When the Capron exhibit closed in 2002, Mr. Capron, considered a French national treasure, invited Muñoz to Vallauris, France, to apprentice in his studio. It was there, where Muñoz learned the craft of ceramic sculpture.