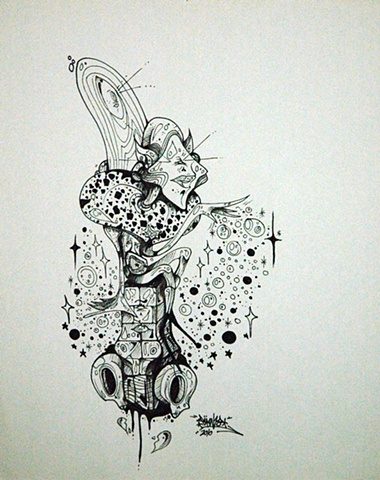 From his childhood he had a fascination with drawing in specific the "comics" and animated series. Influences that inspired him to create his own characters. At 10 years old, met the world of graffiti and it was not until he was 15 that he decided to engage in the art. What began as a hobby became his career. At the beginning of this stage, came to participate in exhibitions in and outside Puerto Rico, in countries such as Spain, France,Germany, Belgium, Canada and the United States. His latest work involves in addition to the graffiti style, comics, animation, pop art and surrealism style . The concept of his work is based on personal experiences and social criticism, with a range of bold colors with the intention of highlighting what interests and concerns of the society we live in today.