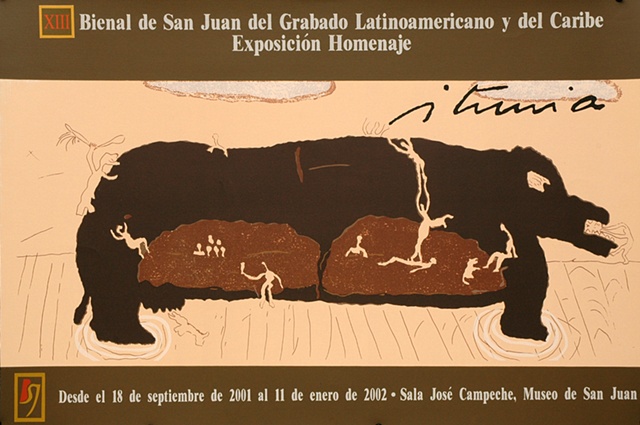 Ignacio Iturria, who represented his country at the 1995 Venice Biennale, produces imaginative paintings resonant with his memories and experiences. Trained in commercial art and graphic design before turning to painting full time, Iturria is a prolific artist. He is generous with oil paint, building up lush textures on surfaces ranging from traditional (canvas) to unconventional (corrugated cardboard). His palette is dominated by muddy browns and earth tones that reflect the colors of the Plate River and the southern Atlantic Ocean, which formed the backdrop to his childhood in Montevideo. He merges representation and surrealism in his compositions, concentrating on the domestic details and spaces of his childhood and of urban living. Tiny human figures often populate Iturria’s small, austere spaces, going about their business in seeming isolation, serving as stand-ins for urban dwellers everywhere. iturria.com.uy/ignacio-iturria