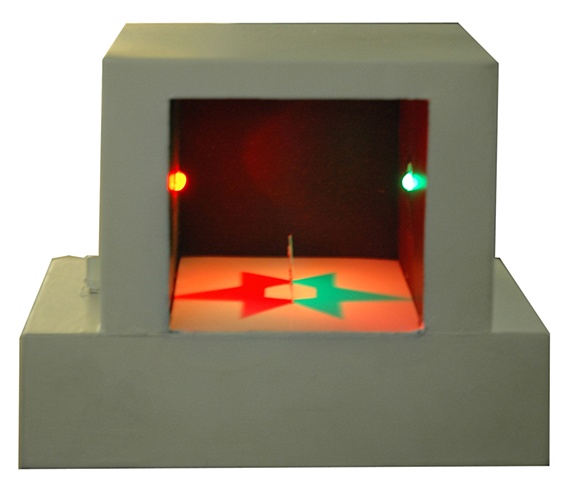 From an early age he showed interest and ability in science and its methods of observation and experimentation. He pursued this throughout high school becoming science club president (also teaching physics, chemistry and biology courses at this school) He continued with this interest at Northeastern University in Boston, Mass., in a power systems engineering program. While there he saw the assignments of students from a nearby art school, as the students from that school would come into the local hardware store where he was employed. He noticed the type of hands-on problem solving they were undertaking, and felt that this approach was more coherent with his preference to the spirit of exploration. After a few years, he returned to San Juan, where he evaluated his interests and applied to and was awarded full scholarship to Escuela de Artes Plásticas de Puerto Rico. He excelled in his school curriculum, and in extracurricular activities, which took the forms of life size mazes, scavenger hunt games, and many appropriated spaces for events. He was always considered the practical engineer of the bunch, and would often design and build tools and apparatus' for the creation or simplification of projects or tasks. Since then, he has lived and worked in Miami, been a part of art groups such as M&M projects, Galería Comercial, as well as a designer, fabricator, and collaborator for artists and production companies. Although he worked anonymously for many years in coherence to a research piece, he recently began showing work under his own name, in venues in Puerto Rico, London, and Miami. His approach to art and design has been para-scientific and holistic, emphasizing the poetry of inspiration and craft, as well as a striving to the utopian and fantastic.