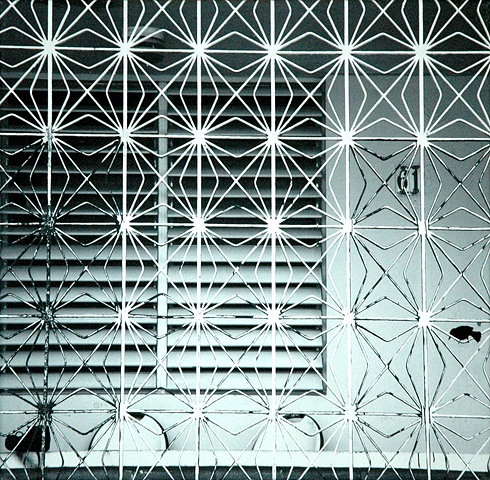 Photographer with extensive and diverse experience in the worlds of professional photography and the arts. His work has been published in a wide variety of media, including El Nuevo Día, one of Puerto Rico’s top newspapers. Charrón’s combined use of traditional and unconventional elements has become a personal trademark with which he highlights cultural icons of Puerto Rican & Caribbean life.

In 1992, Charrón studied photography in Everett, WA, and has since participated in over 30 shows. In 2002, he was invited by the government of Dominican Republic to offer a solo exhibit at the University of San Pedro de Macorís titled “Loíza”—a collection of faces from Santurce, Puerto Rico. In his 2003 collection, “Loíza+Calle”, Charrón employed tin roofs from old homes as ‘canvases’ that would carry portraits of people from Santurce, thereby documenting the toils of life in this neighborhood. This medium has since become a signature technique of Charrón’s works. In 2010, Abey Charrón was selected from among hundreds of artists to have 15 of his pieces exhibited as mainstays in the new W Hotel in Vieques, Puerto Rico.

Charrón’s work has also been included continuously in the prestigious “Bienal de Fotografía de Puerto Rico”, a biannual international photography show in the Museo de las Américas, from 1998 up until the present. At the end of 2010, Abey sold out his solo exhibit entitled “Rejas”. Demonstrating a variety of security iron works, these photographs critique the confinement under which we are forced to live in our own homes because of crime.