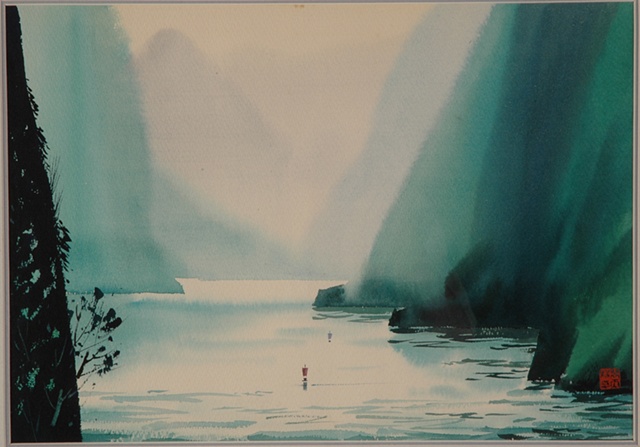 Gu lived in Yixing, a city noted for its pottery. In his early career he worked for an antique dealer named Lang Yushu, and it was during this time that he was exposed to many pieces of classical zisha (purple clay) pottery, a style which he emulated in his own work. He wrote and researched the topic of zisha-ware extensively, and was granted the title "Master of Chinese Industrial Art".